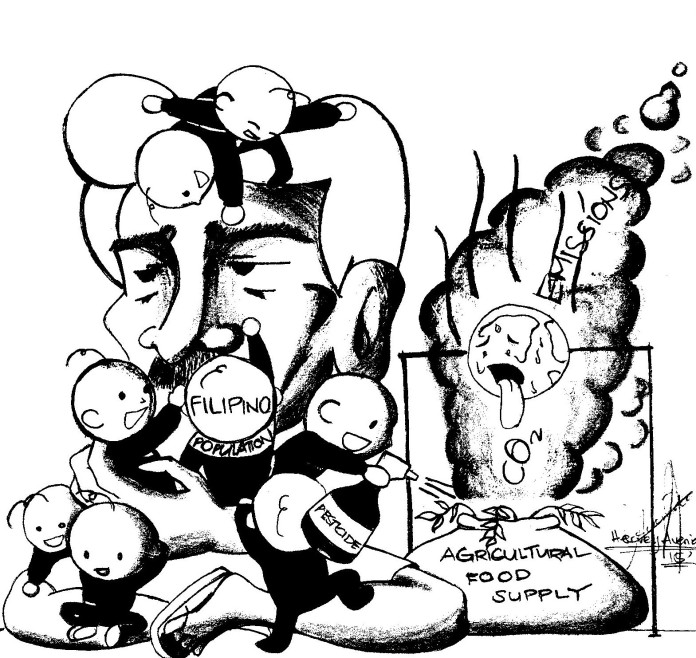 Due to their desire to develop, third world countries like the Philippines find it challenging to deal with problems on agriculture.

Massive urbanization, with the existing problems of overpopulation, often leads to both the need of more agricultural lands for food production and the need for converting these lands into residential and commercial  lands.Due to their desire to develop, third world countries like the Philippines find it challenging to deal with problems on agriculture.

BBC reported last December that the Philippine population is growing about 2 percent a year – more than anywhere else in Southeast Asia. William Padolina, the deputy director general for operations in the International Rice Research Institute, said that the available agricultural areas for rice production is only 4 million hectares while there are more than 100 million Filipinos. The Philippines is said to be more productive per unit area than countries like Thailand. But overpopulation will undermine the efforts, even if there will be bigger agricultural areas.

Thailand has around 10 million hectares, but at the same time, it has 30 million fewer mouths to feed than the Philippines. Thai farmers are encouraged by their government not to use synthetic pesticides. Organic pesticides — like those that utilize corn kernels exposed to enzymes creating a moldy, fungus growth are now used in Thailand.

According to Intergovernmental Panel on Climate Change, 25 percent of carbon dioxide emissions are caused by destructive practices of crop cultivation like using pesticides. Thailand’s efforts in avoiding the use of chemicals in planting is commendable. The Weekly Sillimanian (tWS) believes that countries have to start changing their agricultural systems not only to mitigate climate change, but also to reduce people’s carbon intake from food.

Moreover, housing concerns have to be addressed. Dumaguete, specifically, has a slightly different concern, compared to other cities in the country. Its population rate might only be 1.2 percent, but the migration rate is more than 2 percent. Foreigners and Filipinos from other cities flock to the city and decide to stay not only because it is considered as a good retirement place with low living rates, but also because of the inviting gentleness of Dumagueteños. Many envision the city to be too crowded after a few years.

tWS also believes that the Philippines needs government officials who prioritize the environment and food supply. Hopefully, the politicians who will win during this year’s election will make sure concerns on agriculture, overpopulation, and climate change are addressed with concrete and effective solutions. During the new administration, hopefully, logging, converting of lands, and using pesticides will be minimized.~