Pinnacle of Moving On 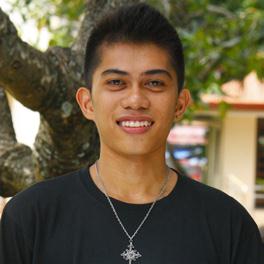 People! This is not about the little  thing called LOVE. It is finding the  “good” in the word goodbye. After  all the collateral damage is done on  a person there would be a time that  the mind beats for sorrowful blank  thoughts and the heart thinks being  hurt would mean letting go and  moving on. As they say, “Man is the  cerebrum, woman is the heart.” If  they think alike, they become one but  if they think on contrary the tendency  is they find another one. But in my  own perspective and alignment of  thinking, I would rather say “Boys  get the pleasure, girls get the pain.” I  would not expound on that anymore,  it’s self-explanatory.

For everyone who were cheated, for  those who were left behind, for those  who were taken for granted. The  best revenge is just moving on and  getting over it. Don’t give someone  the satisfaction of watching you suffer  because in the end you will be the  biggest loser. Some piece of advice for  those who are lost and doesn’t know  where to begin, do it one step at a  time. I will tell you a silly statement,  tell those who hurt you that they are  like computers; they need to be shut  down because your feelings might  restart at any possible time. Moreover,  I know it’s hard to convince yourselves  that you have picked up the broken  pieces of your heart but wake up  because your light and shining armor  or your gorgeous princess is already  gone they maybe for someone else  story and you’re nothing but a mere  cast to have their story a little bit of  twist and that’s what you call “LOVE  HURTS” what else you can do? Move  on right? Yes it would probably tear  you down, you strained to hold on but  it hurts too much and I bet you forgive  and forget but it was not enough to  make it all ok. What you should do  is think that it is perhaps mind over  matter, this time love yourself more  than others. Do the things you love,  talk to your friends because they got  your back, and lastly to have that good  vibes pray and ask God to give you a  trusting heart not a questioning mind.

There is always “good” in goodbyes  because it opens up new opportunities  to seek, a start of something new, a step  forward from the past and I suppose  a happy ending even if both of you  were meant to be or yet supposed to  be together. Nonetheless, just because  lips have met doesn’t mean hearts  have joined and not just because two  bodies were drawn from each other  doesn’t mean two people were right  for each other. A physical relationship  doesn’t equal love. Find the good in  goodbyes it will be peculiar but it  helps in moving on. As for the song  of Air Supply continue to make love  out of nothing at  all.