MassCom grad’s film to compete in a Film Festival 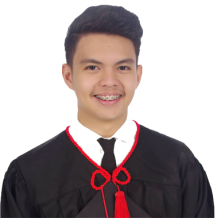 Vestil directed his film “Adobo” for his Film Appreciation class during his senior year.

The film is about Tere, a mother abandoned by her husband, and her rebellious son, Kaloy, and how she attempts to heal the wounds inflicted by their abandonment.

“I feel really pressured since this is my first-ever film festival and it has been my dream to really pursue a career in film and this is a great stepping stone,” Vestil said.

The cast and production staff are composed mostly of fellow Sillimanians.

According to SunStar Bacolod, the three-day festival is held for the first time in Negros. It is presented by the Film Development Council of the Philippines, The Negros Museum, Design Brewer, and the National Commission for Culture and the Arts Committee on Cinema.

The Short Film Competition component themed “Negrense New Wave” encourages the new breed of film makers to find their voice as Negrenses and tell their own stories through film.